This is the story of a young postcard. 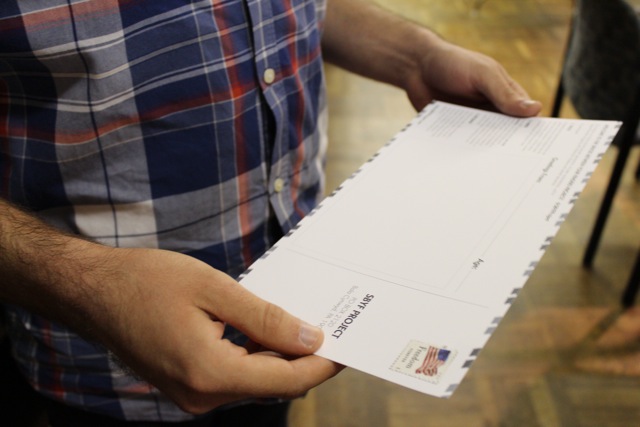 It spent the first three months of its life inside a cardboard box with 10,000 of its identical siblings.  The box itself was inside a car, beside a trash bag full of sweaty socks, t-shirts, and underwear.  Bottles of motor oil and transmission fluid swished around whenever the car turned.  For months the car turned this direction and that – somehow not breaking down – zigging and zagging, sometimes up to ten hours a day. 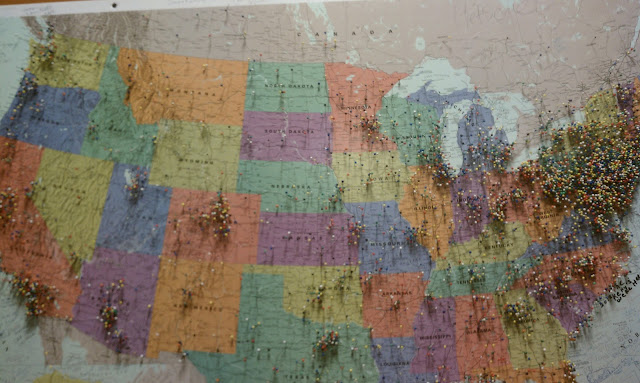 Then one day the postcard heard a sound: snipping.  Someone was cutting the plastic bands on the outside of the box.  And then another sound: tape ripping.

Light poured into the box.

A hand reached down…

Okay, that’s enough from the postcard’s perspective.  By the end of this post you’ll see who ended up getting that 10,000th postcard.  But first we start in Wheeling, West Virginia. 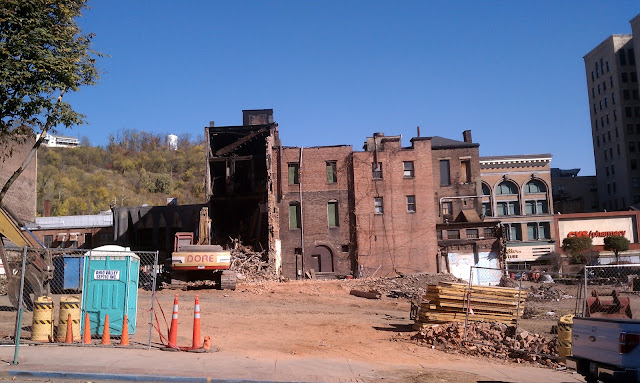 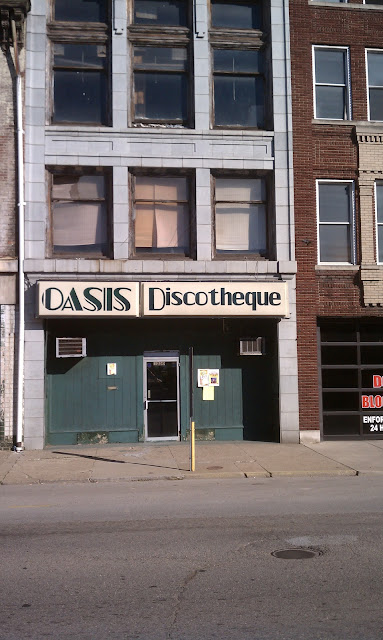 I don’t want to badmouth Wheeling, so I’ll just say it’s a rotary phone in a digital world.

It did have a beautiful path along the river, though, which you should walk if you’re ever there on a perfect Fall day. 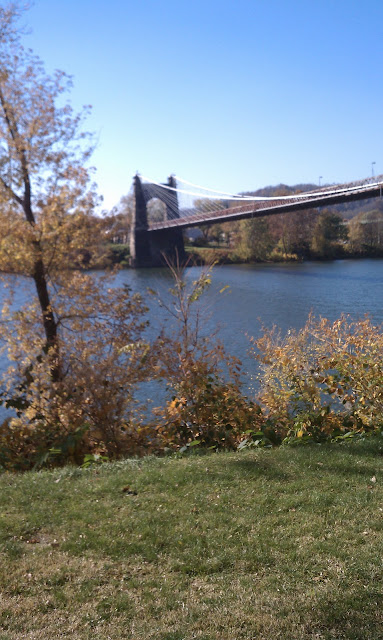 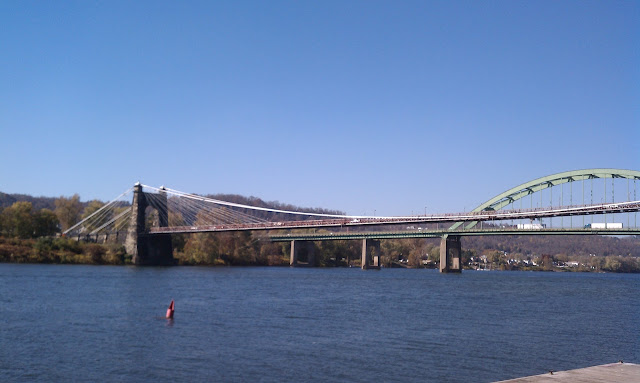 And if you look close, there’s subtle beauty where you least expect it. 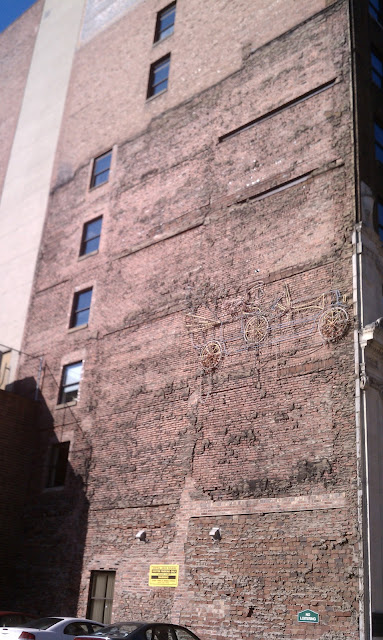 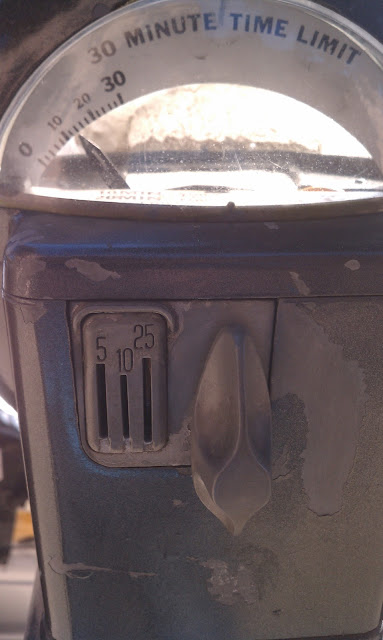 So I was sitting in my car beside this meter, reading the HUGE map I have (it’s practically life-sized), plotting my route eastward, when suddenly I heard a snap!

And then a boom!

I lowered the map, looked behind me.  Didn’t see anything.

So then I got out and walked around back, where I stood with my hands on my hips.

“Did you see that?”  the guy asked.  “Dude, this HUGE branch just fell off this tree and just missed your car.” 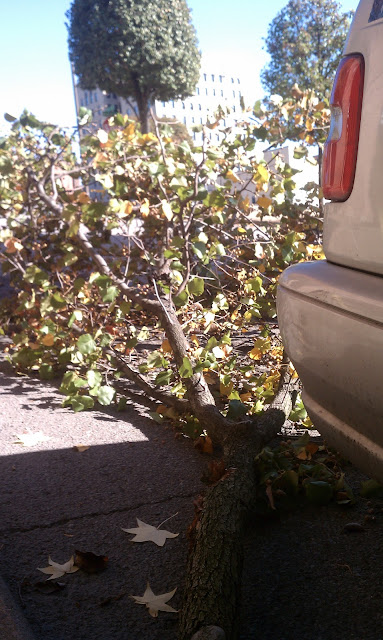 Here’s the bizarre part: there hadn’t been a lick of breeze all day.  Not even a tickle on the leaves.

Imagine a very tall man standing there, waiting for a bus and, for no reason, his right arm falls off. 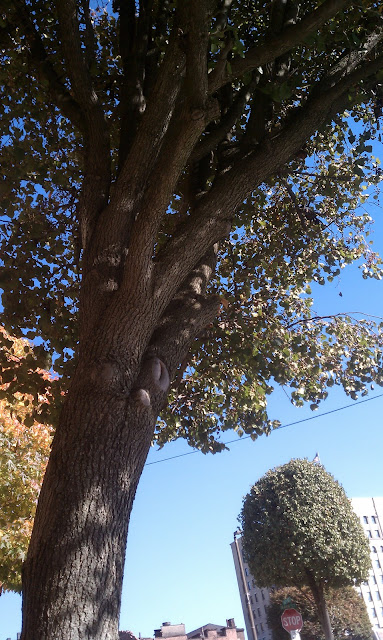 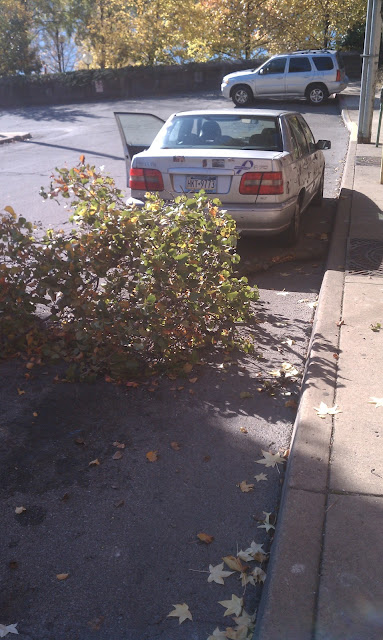 If I’d parked one Shaquille O’Neal sneaker-length further back, that branch would’ve smashed through my back window.  One full Mugsy Bogues and it would’ve cracked my windshield.  Look how close it was to the bumper – which somehow it didn’t hit. 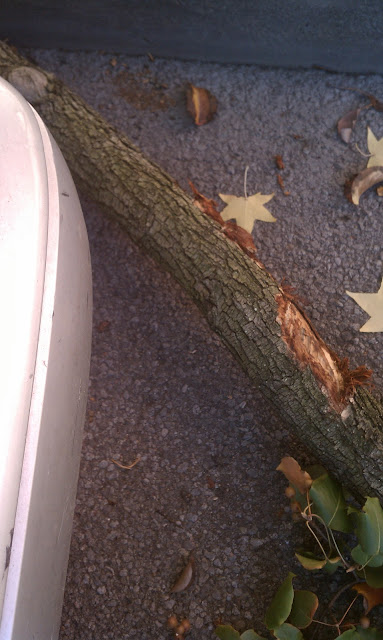 Note: I’ve already made my argument against fate, but, jeez, that was pretty weird.

I drove on to Pittsburgh, where I was staying with my friend Quelcy.  Just as I parked outside her house she pulled up with her boyfriend, Jono, who I’d never met.  We shook hands and exchanged the normal pleasantries.  “Oh where you from?”  “Oh, Philly, me too, that’s funny, where exactly?”

Turned out, we were not only from the same town, but had grown up on the same block!  I’m seven years older, but we shared many of the same memories: same school, seam teachers, same local park, same neighbors, and so on.

I purposely held off on giving out the 10,000th postcard the next day, so I could present it to Jono at the final public 10,000 Strangers event. 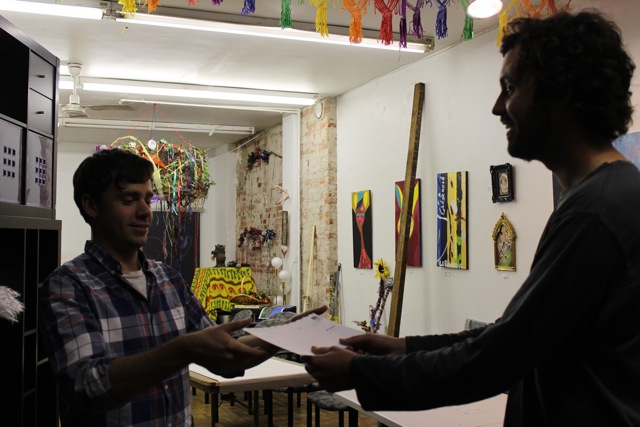 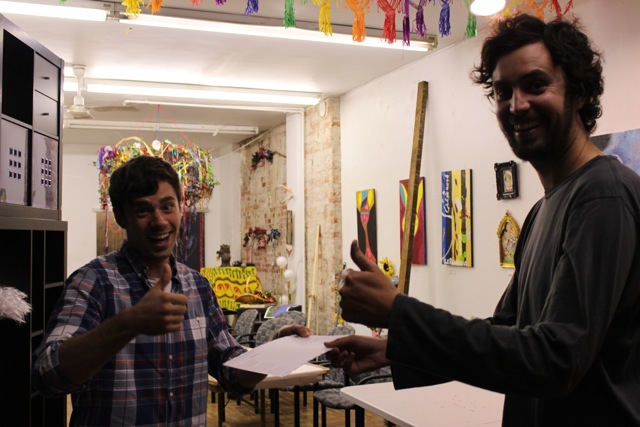 And wouldn’t you know the memory he chose was the same duck pond in the parable that began this whole project? 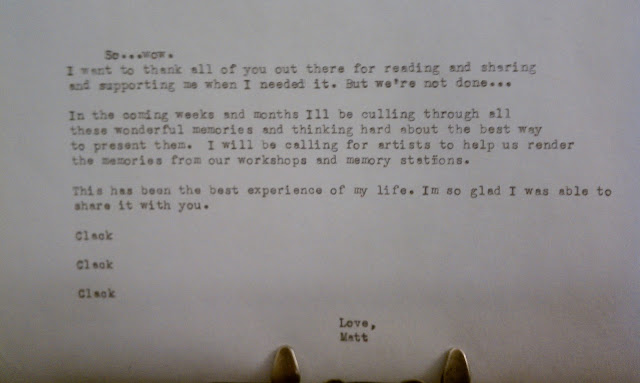