3,600 miles and incalcuable U-turns later, we’ve reached the Pacific.  Here are some of my favorite shots from the past few days.  If you haven’t joined our group on Facebook yet (why haven’t you joined our Facebook group yet?)…please join the Facebook group (and then you would’ve already seen these).

This (above) is my favorite shot of the trip so far, at a rest stop somewhere in Utah.

Back in Missouri, the hay bales were scattered like wine corks. 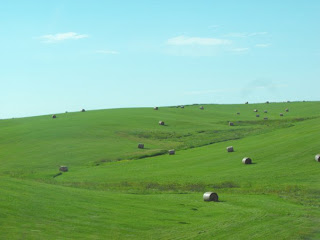 We had no plan whatsoever driving into Kansas City. 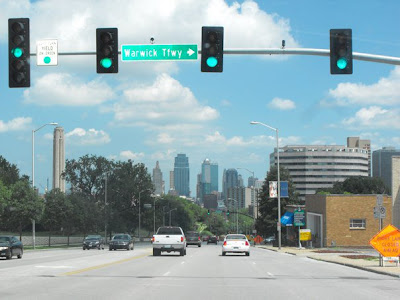 About ten miles outside the city, I saw a sign for Art Museum and veered off the highway.  Up ahead was another sign, “Art Institute,” which seemed even better, and so we parked, sunscreened, and began wandering.
There’s purpose to the wandering…but it’s still wandering.  I took an acting class once, and the teacher said that there were 10,000 different kinds of walks.  I’m pretty sure there’s a “giving out Spaces Between Your Fingers Cards” Walk.  It’s sort of like an eager, curious dog that’s at the end of his leash, but keeps on tugging, sticking his nose into this place and that.
The Art Institute was desolate, but there was one student laying out on the grass, staring up at the sky.  I didn’t want to interupt whatever pleasant thoughts she seemed to be having, but on the way back we crossed paths again.  She thought the project was pretty cool, and invited us to her classroom, where I slipped into Teacher Mode and explained the project at the front of the room.  (Sidenote: I got an email from that same student, Jackie, a few days later.  She teaches art classes at the local Juvenile Detention Center, and said she planned to share the project and story there.  Beautiful how these vectors shoot out in all different directions.)
Someone in the class suggested we head down to the public library, so we did. 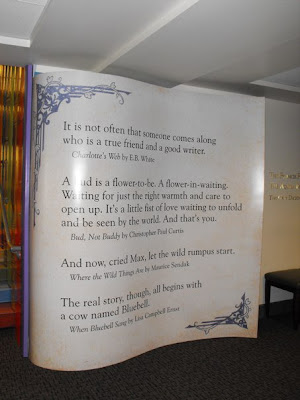 The librarians there were super-enthusiastic, and are going to do the project with their teens and elementary students.

The next afternoon, we headed over to the local Alzheimer’s Association chapter in Prairie View, Kansas, and ran our workshop. 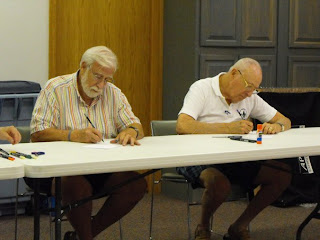 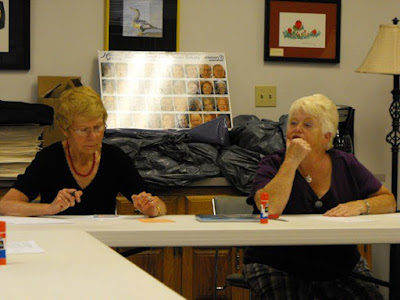 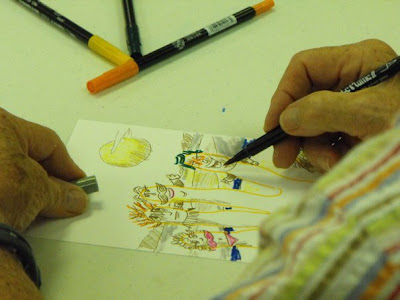 Kansas was a long haul, and at one point a tornado warning was broadcast on the radio (“hail as big as baseballs”) but that was an hour behind us, and so beside a few flash downpours and lightning bolts, it was straight on to Colorado.

We spent a good part of the next day in Vail. 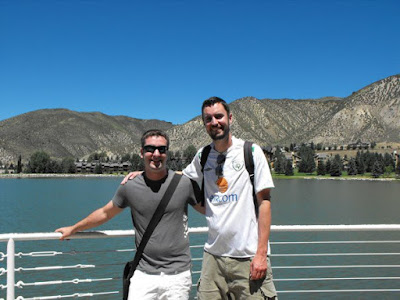 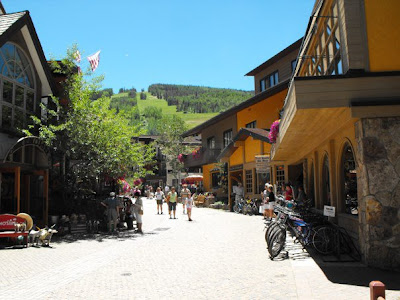 That night, we stopped for dinner in Grand Junction, Co. then followed the Colorado River west into Utah. 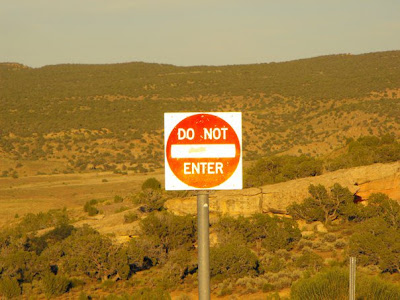 It was 112 degrees in Vegas today, so we didn’t stay all that long.  We split for the coast and made it just after sundown.

Hope you’re enjoying following along – wish I had more time to write!  Most of the work is happening between the pictures – meeting new people and passing out the cards, one by one by one.

One response to “Photo Journal: Missouri-California”