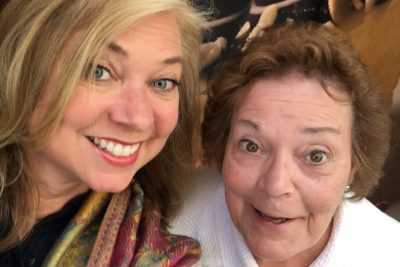 Her sister, Kathy looked nothing like her.  She was short with dark curly hair.  Lynn was tall with long blonde hair.  But that’s not where their differences ended.  Kathy was drawn to the unbridled sense of adventure her younger sister rolled with though she herself tended to play things safe.  The Billy Idol concert at the Ottawa Ex was no exception.  At 16 Lynn believed it was about time she saw her first concert.  In fact, she was overdue by her estimation.  Though Kathy was concerned with the crowds, the traffic and in general “the scene” one might expect from “White Wedding” fans she agreed to take her 10-year younger sister and her friends to the dreamy teen “Idol.”  Lynn never knew whether it was out of duty or a secret curiosity that Kathy finally caved to her pressure, but she was thrilled just the same.

Kathy was right, the “scene” was intense.  Imagine a venue filled with 20,000 sweaty bodies pressing up against each other, passing joints and flasks filled with something other than water.  Billy entered the stage and the crowds went wild.  Even Lynn, a thrill-seeker at heart was apprehensive about what was happening.  The over-served audience was not just swaying to the music, they were slam dancing and body surfing.  As Kathy’s feet left the ground fear soared inside the wary sister.

“Let’s go, Lynn!  But we haven’t even made our way to the front,” exclaimed Lynn. Lynn was all for the concert experience, but admittedly not a huge fan of being shoved around as they moved to the front of the audience.  When a group of young guys lifted Lynn above their heads and moved her across 4 rows it was time to call it.

Kathy began with a polite, “Excuse us, we’d like to get through, excuse us, please…” which was as effective as you might imagine – NOT!  Eminent danger for her sister’s safety gave way to, “Move over, pregnant lady coming through!  You heard me, out of the way!  Pregnant lady needs some space.”  The seas parted making room for the sister duo and their posse to exit.

Lynn didn’t ask Kathy to chaperone any concerts for a while…well, until Bryan Adams came around the next month.  This is just one of a lifetime of stories between these two sisters, the “Lynn and the Yang” who have provided balance to each other throughout their journey every now and then reminding each other that “It’s a Nice Day for a White Wedding.”