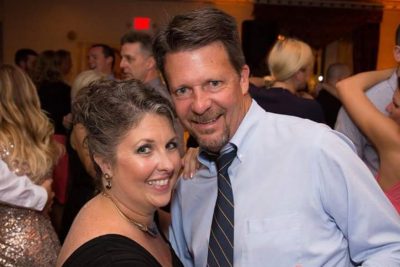 The telephone rang for the fourth time and finally twelve year old Katie picked it up. “Hello, it’s the Hogan residence. How can I help you?” As she listened to the man’s voice on the other end, Katie began unbraiding her long brunette hair that her older sister, Patti, had just finished perfecting in their bedroom. “You wanna talk to Jodi? Well she’s not home right now. What’s your name?” Katie rolled her eyes at the telephone and said “Okay hold on I need to find stuff to write with.” As she glanced around the dining room, a blue pen lying next to her mother’s crossword puzzle book caught her eye. She placed the phone and its spiral cord on the counter, ripped a blank page out of the book, grabbed the pen, and returned to finish her phone call. “Okay go. M-I-K-E? Got it. She’ll call back if she wants to.”

Katie ran back to her bedroom only to be scolded by her sister Patti for destroying her braids. Patti asked, “So who was on the phone? That was a long call.” Katie pulled out a crumpled up piece of paper and pointed to it. With a bright smile on her face, she said “This boy called to talk to Jodi. He seems nice.” Patti smirked and said, “Of course he did.”

It was almost 5pm when an old black Chevy pulled into the driveway. Jodi graciously stepped out of the passenger seat in sporting a pink blouse and black dress pants, with her feathered hair still in place even after an eight hour work day in the office. She yelled to her friend Trish as she backed out of the driveway, “Thanks! See ya in the morning.” As she stepped into the house, Jodi was greeted by her energetic little sister Katie. She seemed unusually hyper today. Katie jumped up to hug Jodi and said, “How was your day at work?”

Before Jodi was even able to gather her thoughts and answer the question appropriately for a twelve year old to understand, Katie shoved a crumpled piece of paper in her face. Jodi look confused and opened it. She looked up at Katie and said, “Mike called here? What time?” Katie said, “I think around 1. He seems nice. Is he your boyfriend?” Jodi said, “No.” She then proceeded to pull a paper out of her purse with a number written on it and went into the kitchen to use the telephone.

Little did she know that Katie was standing on the other side of the wall on which the telephone was hung, listening to her every word. At least her little sister couldn’t see her flushed face when she mumbled, “Okay Mike, I’m free to meet up at 7pm next Saturday. See you then.”