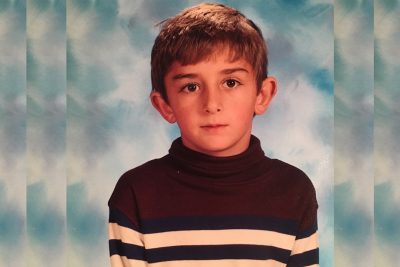 When John was eleven years old, he and his brother went on a mid-summer vacation at their aunt and uncle’s beach house in Maryland. The vacation lasted for a few days, and it was John’s favorite vacation of his childhood. Each day, he and his family found more and more exciting things to do. Even if they stayed at the house all day, they were never bored. The house was two stories and sat on top a small hill. The backyard was a long downward slope that led into the Delaware River. There was a long dock and a medium-sized motorboat attached to it. On one particular day of this vacation, he woke up excited to go outside and play in the river with his brother, cousin (who was a year older than him), his uncle, and his aunt. John loved being in the water as a kid (he grew up near the Jersey shore), so he was beyond thrilled that he was able to spend most of the day playing in the water with his family.

Later in the afternoon, the five of them decided to go tubing. John’s uncle drove the boat while John and his little brother Danny sat on the back. They watched as their cousin, balanced perfectly on the tube, was being dragged across the lake like he was a professional. John anxiously awaited his turn to lay on top of the tube and glide across the river. When his  cousin inevitably fell off the tube from going too fast, he swam back to the boat and told John to give it a try. John got on top of the tube and gripped the handles anxiously. As soon as the boat started moving, John’s grip tightened and he let out an excited laugh. Within seconds, John was speedily gliding across the river on top of the tube. He couldn’t have been happier.

After taking turns countless times, they went inside to dry off and eat dinner. Another cousin (a couple years older than John) joined them for dinner — he came from farther away so he arrived later. John spent the night playing board games inside with his brother, aunt, uncle, and cousins. When the adults went to bed, he, his brother, and his cousins snuck downstairs to the basement and played ping-pong until way past their bedtime. The only thing on their minds was spending time with each other and having fun.