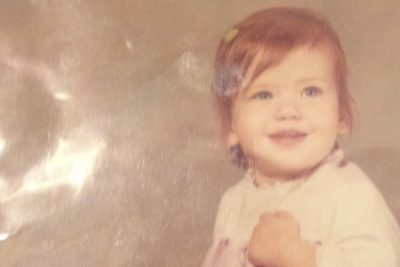 The dirt crunched under Jerry’s feet as he made his way to the end of his driveway. In his right hand he clenched a basket full of crop he picked the previous day, ready to stock the roadside stand that provided income for his family of five. Although Jerry operated the roadside stand as a side job, he had built up quite a reputation for the quality of his crop. Jerry cautiously stacked his fresh eggs, then moved onto his corn, potatoes, beets, and renowned chewing tobacco. As the morning dew rose from the pastures around his farmhouse like smoke billowing out of a chimney, he stood back and felt a sense gratification from the perfectly stocked produce stand. He took a moment to take in the sunrise, and quickly gulped down the rest of his coffee. Expecting a day like any other, Jerry sluggishly headed up to the barn to gather materials he needed to begin planting for next year’s harvest. After he gathered all the necessary seeds and tools, he walked the half acre to the southern end of his farm to overturn the soil.

As the day moved on, Jerry relentlessly worked in the fields of his farm. His concentration broke to a familiar voice breaking his solitude.

Jerry wiped his brow, and squinted into the horizon to see who was upon him. Jerry was able to make out his son quickly approaching his position.

“Dad! You need to come quickly,” Timothy articulated through labored breaths. “I think Mom is having the baby.”

Thoughts raced through Jerry’s head faster than he could process. The baby wasn’t supposed to be due for weeks. He quickly leapt into action and rushed to his farmhouse. Upon entry, his wife Doris was sitting on the kitchen floor in clear discomfort.

Jerry dashed to his two-seat pickup truck and started it up.

“Help me get your mother in the car Timothy,” Jerry barked. “Have some urgency.”

As they carried Doris to the car, Jerry felt a wave of security wash over him. This wasn’t the first time he’d been in this situation, and he was ready to make record time to the hospital.

“Jerry, I don’t think I can make it to the hospital,” Doris exclaimed. “I think the baby is on its way right now!”

Years of delivering horses and other livestock on the farm could have never prepared Jerry for the moment that was to follow.

Jerry put on a confident façade for his wife. Although he was extremely nervous on the inside, he wanted Doris to be as calm as possible. On November 7, 1968 Doris delivered a healthy baby, he named her Kelly Bright.