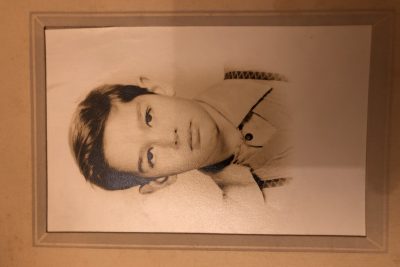 “Hey! Get back here!” exclaimed the police officer, but for Jerry and his four friends the only thing on their minds was running as fast and as far away from that cop as possible. However, this was a harder task than it normally would be since all five of them had been drinking heavily and were significantly intoxicated.

Growing up in rural Kentucky in the 1950’s, it was often hard for the fifteen-year olds to find something to do in their free time, but it was not very difficult to get their underage hands on some alcohol. As such when Jerry and his friends had failed at finding anything to entertain themselves, they turned to the thing that can make the most mundane tasks enjoyable. In this particular instance all five of them had been sitting in the woods drinking for maybe an hour or two playing drinking games and jawing at each other when Jerry provoked Andrew after saying “You know, your mom has some of the best cans I’ve ever seen” and without hesitation Andrew tackled Jerry to the floor and a fight broke out in the woods, and then out onto the dirt road that bordered the woods. It was at this point when a police officer rolled up in his car to break up the fight, but when he saw how noticeably drunk they were, he tried to get a hold of Jerry but his wrist slipped out of the officer’s hand and all five of the boys ran off in the opposite direction of the police officer.

Jerry had to concentrate harder than ever on how he was running, attempting to avoid the sticks and rocks that cluttered the dirt path ahead of them. The police officer running behind them, staying a constant 20-30 feet behind him but not catching up. All five of the boys knew the area like the back of their hand, and new of at least fifty different ways that each of them could get back to any of their houses. The boys knew this and that they had an advantage over the police officer, so Andrew yelled “my parents aren’t home, meet me at my house”, and the five boys all split off into different directions. Jerry split back into the woods weaving in and out of trees, hopping over roots until he was certain that there couldn’t possibly be anyone behind him any longer. Jerry knew exactly how to get to Andrew’s house from these very woods and after about 15 minutes, he popped out of the woods right in Andrew’s back yard where he saw three of the other boys standing there waiting for him and their last friend who came shortly after. Tim said that he saw the police officer give up on them the moment that they all split up, and to celebrate the five of them went inside Andrew’s house, cracked open a few of his dad’s beers, and picked up where they left off.