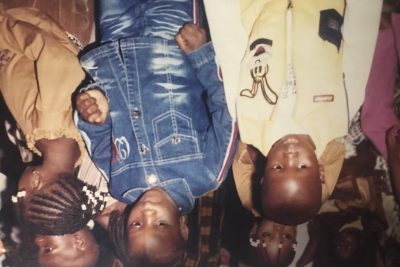 They sent the children out, they didn’t need to hear this. They kept a calm demeanor until the

door closed in the face of their seemingly unaware children.

“What kind of man will say he wants to leave his wife and children, and you still call yourself a

“Whose business is it what I do with my life, I said I do not want to be here with you.”

Was he was trying to say this was all her fault? Is he is leaving to escape her? His harsh words

slashed at her skin while her own doubts salted the fresh wounds. She pulled in a deep breath

“If you want to go, go, nobody in this house but the children will want you back and when

anybody ask I will tell them that you abandoned your family.”

“Now you a muslim women will lie in the face of allah, I said I will get another wife, I never said

I would leave my children here for you to mistreat.”

“How would you know I mistreat them when you are never home, did they tell you I mistreat

them...of course they don’t, they need to like you for them to talk to you.”

“I don’t come to this house because of you! I will finish work and be tired, but I can’t come

home because you won't let me rest.”

“What did you give for you to be tired, tell me what have you given.”

“Leave, I don’t care, Kafayat’s school payment is due, who is going to pay for it”

“You have a shop, you’re doing so good that you can disrespect your husband like he is nothing,

“For me to disrespect my husband he needs to be a man with respect.”

He opened his mouth, but nothing came out and when he finally thought of a retort There was

a knock on the door which was first ignored. At the second knock he pulled the door was open

conversation could continue. The response he got was glares, from the children, from the

mother, they made his decision for him. He softly closed the door when he left.