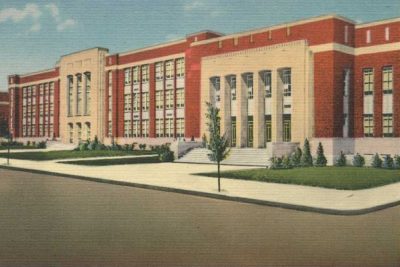 It was a chilly autumn night as two young lovebirds walked home from their fourth date.

The 16 year olds were stuck in their own heads, not paying each other any mind.

Connie knew something wasn’t right… she felt a pit forming in her stomach, churning together overly-buttered movie theater popcorn with her looming anxieties. The silence was crushing.

Fallen leaves crunched under their feet. Streetlights glowed, crowning them with soft light.

This should be romantic, Connie thought to herself.

“It really is a beautiful night, huh?” she attempted to fuel conversation.

Her stomach twisted in knots, tightening with each excruciating step.

Since when does my street stretch this long?! She couldn't take it…

“So, you don’t think you’ll be at the football game tomorrow?” Connie asked, head hanging low.

Her eyes darted up, tears already beginning to well in her blue eyes.

“I just don’t think we should keep going together. I like us better as friends… and it’s not-”

Chris’ eyes widened in shock. He stepped forward and put his arm around her.

She counted down the seconds until she reached the front door-- ten seconds… five, four, only three more seconds to go…

Connie panted as she shuffled through her pocketbook, desperately searching for her house keys.

“Hey, Connie!” Chris yelled behind her. “Connie wait up, you dropped your keys!”