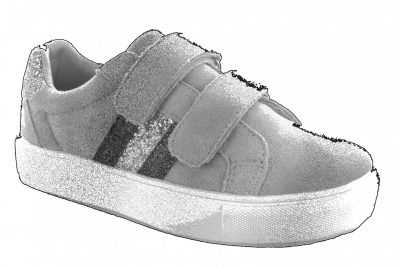 The creaky old bus rolled to a slow stop at the corner of a long stretch of blacktop. Five-year-old Chrysti climbed out, plastic He-Man backpack in hand, dark brown hair tied up into a ponytail, Velcro shoes bridging the tall gap between the steps of the bus and the road. As she started to trace her way home from the bus stop three trailers up from hers, she locked eyes on them. Ronny and his brothers. They were big kids, towering over her with their ten-year-old stature and the swagger of boys who lit ants on fire with magnifying glasses just to see if anybody would stop them. No one ever did, of course; parents didn’t have much say in the affairs of kids these days. The woods and the dirt bike trails were their own kingdom, one that belonged to the neighborhood kids who roamed them for hours, until the streetlight next to the bus stop at the top of the hill went on and mothers hollered out the screen doors that dinner was ready. In this kingdom, speed and volume were the only things that determined who was in charge, and Chrysti had learned to be fast.

“Hey, look who it is!” Ronny sneered. “Little Miss Can’t Tie Her Shoes!”

“Little Miss Velcro Kicks!” Ronny’s younger brother excitedly joined in. Chrysti was exhausted of this teasing. This was the third time in two weeks that they’d teased her about her shoes.

“Buttheads!” She growled back. Luckily, what she lacked in shoe-tying ability, she made up for with a budding talent for insults.

Her sharp wit set the boys off today. They took off down the road, toward the bus stop where Chrysti had paused to throw their ridicule back in their faces. They had a head start, but as hulking ten-year-olds, they were much bigger and slower than she was, and she bolted. Running like hell, a gang of bullies hot on her Velcroed heels, she flew into the fort across from the houses. The fort consisted of five tall hickory trees and no other reasonable escape options. She sacrificed the He-Man backpack and scrambled up as high as she could climb. She was six feet above the boys’ heads when she risked a glance downwards, and could feel the tree shake as they finally braked by slamming into the bark palms-first. Safety. They couldn’t climb as high or as fast as her, so she had the high ground, literally and figuratively. The branches at her level were heavy with hickory nuts, and, well, it was necessary to hit back in order to stop their taunting. She’d be lying if she said it wasn’t satisfying hearing the hollow thuds of hickory nuts hitting their thick skulls, followed by hollering. They eventually got bored of the barrage and gave up, and Chrysti waited a bit longer before climbing down and trudging home to meet her parents, who had been sitting on the stoop enjoying the show the whole time.