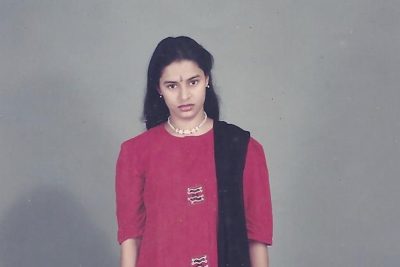 Chomki held her breath as she stepped down the mossy stairs, careful not to slip on the slick surface of the pond steps, flailing her arms for stability. She was laser focused on staying upright. Although she had repeated this procedure a thousand times, she could not afford to get hurt today. As she descended into the pond, she trembled when the frigid pond water pierced her skin and started traveling up to her knees. Suddenly, her frock was soaked with pond water, but she could not care less. Now, Chomki could feel the mud from the pond floor on her feet, mud ran in between the spaces between her toes. She wriggled them to feel it move along the bottoms of her feet.

Her mother was already further down the pond with several of her aunts, elbow-deep in the muddy water trying to catch as many fish as possible. Chomki heard the yelling of various women at the other side of the pond, its depths too treacherous for her to dare cross.

“Chomki! I think your mom just caught a rui fish. Come look!” her cousin shouted. Pushing her feet against the mud, Chomki ran as fast as the pond would allow her.

“Here, you can touch it, but be careful, it’s a big and scary fish” her mother warned.

Chomki grasped the fish with enough force that she could feel the slimy scales of its enormous body. Her mother was still holding on to it, with hands like a vice around the struggling beast. Its fins thrashed about with thunderous force, and Chomki was struck by the fins like the beating of a drum. Splashes of cold pond water hit her face as her mother struggled to position the fish in her hands.

Chomki continued to stare at the fish, awestruck by this creature’s power and beauty. It’s black and white scales gleamed in the afternoon sun. Gasping for water, Chomki could see its eyes begging to return home as it fought her mother’s grasp. With devilish strength, the fish gave one final thrash, upset by the disturbance and quickly swam away into the depths of the pond.

“NO!” Chomki screamed, knowing there will never be a catch like this again. Tears welled up in her eyes and her knees suddenly went weak. She dashed further into the pond; her feet picked up large slabs of mud and debris as she trudged her way through. Frantically splashing around, Chomki felt every ripple of the murky pond water, her body taking her deeper than before.