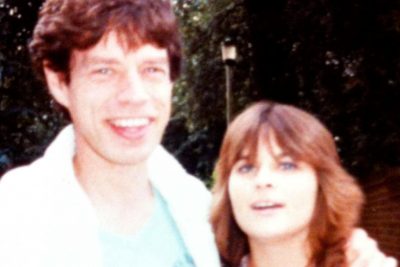 My heart pounded as we waited in the airport. An hour earlier my aunt and uncle left my cousin Josette and I to fend for ourselves in JFK International airport; it was July, 1984 and just two weeks earlier we had graduated from high school, received suitcases as graduation gifts, and gotten our plane tickets to London. By the time my aunt and uncle had left, our flight had been delayed for 2 hours.

"What could possibly be going on" Josette impatiently asked me. I shrugged my shoulders and looked at my feet and hoped that our hopes and dreams of meeting Pete Townshend wouldn't be crushed.

By the time our flight had been delayed 3 hours we were starting to worry. It was ten o'clock and we had no way of going home or navigating outside of the airport. When the clock struck 11 PM everyone who had been to get on the plane to London was gathered up and transported to the Plaza hotel overlooking central park as the flight was going to be delayed until Saturday at 7 PM, a whole 24 hours after we were scheduled to depart.

That particular Saturday was sweltering, and we spent the day in central park eating hot dogs and cherry water ice. When 7 PM finally rolled around we found ourselves back at JFK boarding our flight to London with absolutely nowhere to stay. Those seven hours were the longest of my life. The plane bounced and shook in the air as if we were riding in the waves below, and when we finally landed it was 6 AM. I suddenly felt panic set in as I sleepily pushed myself up the subway stairs and out onto the street. After we had eaten breakfast, it was 7 o'clock and the summer sun was shining in our jet-lagged eyes, taunting us as if it knew we had no place to go.

"You two look tired, would you like to stay in a youth hostel? It's cheap." The voice called out. I turned my head and saw the small girl who had asked the question standing an arms length away. The smell of exhaust fumes filled my nose and made the offer hard to resist. We followed the girl to a cargo van parked around the corner and hopped in the back door with our luggage. The doors shut behind us and darkness fell between my cousin and I. The van was silent. I felt Josette tap my arm and then heard

"What did we just do?!" in a panicked voice. The girl seemed nice enough I thought, but nice enough to follow her into the back of a cargo van?

"Lets go." I responded. We grabbed our suitcases and opened up the doors of the van in one swift motion, hopping out of the back into the streets of London. We ran from the van and didn't look back until we found the Hotel George. Eager to get some sleep, we payed for a room and made our way up to the fifth floor where we would be staying.