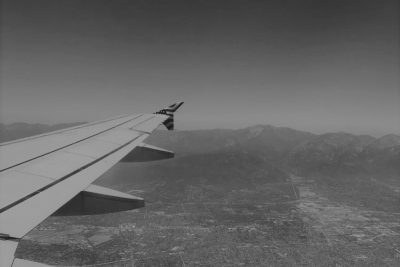 Thomas woke up at 6 in the morning to the sound of roosters, just as he had done for the past month that he’s been here. He looked outside the window and saw his grandmother having a leisurely walk around the property, her big Saint Bernard following close behind.

The sunrise bounced off green hills and the clay roof tiles of every home in the distance.

He layed in bed for the next hour, thinking about how boring and borderline torturous the rest of the day will be. There was nothing to do here; absolutely nothing. He packed his gameboy along with a few of his favorite games in preparation, but he wasn’t expecting the absolute void of any sort of eventfulness in the Polish countryside. He already played through and finished all of them several times.

It wasn’t that bad the first week when his grandma’s farm animals were still a sort of novelty. Thomas loved animals, so being able to observe cows, pigs, and chickens up close provided him with a good amount of entertainment; but that only lasts for so long. Going mushroom picking in the forest was fun the first couple of times, but that gets old as well, and Thomas didn’t even like mushrooms.

He never had an appetite in the morning.

She opens the door and gives him a sort of unpleasant look;

“Alright well it’s waiting in the kitchen for you whenever you get hungry.Start packing slowly after you’re done.”

Thomas was confused. “Packing? What for?” he asked.

“You don’t remember? Tomorrow is our flight, we’re going home.”

He instantly shot up onto his knees, struggling to contain his beaming smile. He must’ve gotten the dates confused in his mind; he was expecting to be here for another whole week.

His mom laughed. “I bet you’re happy aren’t you? Like I said, there’s no rush, we still have a whole day, but I just wanted to remind you.” She turns around and leaves the room, shutting the door behind her.

Thomas jumped out of bed and started gathering his belongings, his mind racing with images of his friends, the local park, and home.