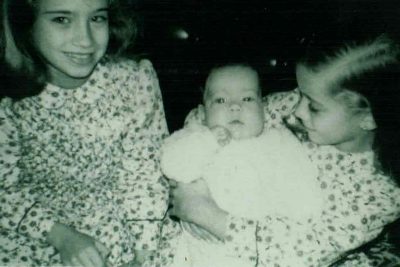 A Normal Day at the Beach

It was a hot sunny day out in Barcelona, with a clear blue sky and the seagulls out and about. Mercedes, and her two sisters Marta and Isabelle strolled down to the beach to relax for the weekend.

"Mercedes let's all race and see who gets their first!" Marta said.

"Fine, but if I win you guys have to do the chores this time," she responded.

They all ran rapidly towards the sand, their movements awkward because of wearing sandals. The loud impact of their sandals hitting the pavement was all that they could hear in the momentary race for what seemed like life or death... at the time. Mercedes barely beat Marta while Isabelle, the youngest was last. All of them panting as they took a moment of silence to regain their breath.

"Looks like I'm not the one doing the chores today ha-ha," Mercedes said.

"Ye whatever," the two responded.

As they began to set up their spot at the beach, Mercedes noticed something was not right. She took a quick glance over her shoulder only to realize that Isabelle was not with them.

She responded, "I don't know, I thought you were watching her."

The two went off in different directions to try and find Isabelle. Both at first could not spot their sister anywhere in sight. Eventually Mercedes spotted a large group of people circled around something she could not quite see. She walked over to try and get a better look, only to hear loud crying.

"Yep that's her," she muttered to herself.

Upon bringing Isabelle back to where they were setting up, both Mercedes and Marta were furious over their sister wandering off for no reason.

"What were you thinking?" Mercedes exclaimed.

"I don't know, I'm sorry." Isabelle responded with tears flowing down her cheeks.

Isabelle then stormed off back towards their apartment, "Moms going to kill you once she finds out what happens!"

"NO, get back here!" the two shouted as they sprinted after her in what was a life or death race back home.