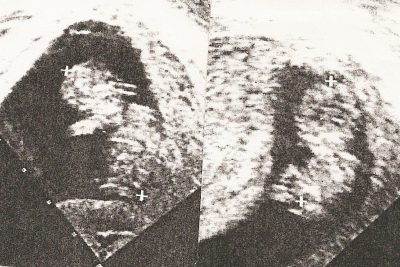 “You want a bombshell!”, Marj’s husband began shaking his wallet at her, “I’ll show you a bombshell”. Marj only confused from this out of nowhere outburst.

It was during an argument over her husband denying Marj’s father’s assistance after exclaiming that he “already has a father” and didn’t need his charity that this random outburst revealed itself. Leaving Marj confused until she would happen upon it a couple days later.

Coming back from work one day, she found her husband’s wallet with many of its contents spilled out on the table and in the process of being put into a new wallet. This scene, catching Marj’s attention, instigated her to look upon the table's contents thoroughly. The table was filled with mail along with the wallet’s contents. Appearing seemingly uninteresting to Marj at a glance. Then, as if put under a spotlight, a single thin piece of paper caught Marj’s eye. This letter sat on top of the mail, showing to be recently read. As Marj slowly read the contents of this mysterious letter, she began to slowly understand her husband’s outburst.

This is in regard to female first name (Marj’s husband’s last name and parent’s names),

This was actually the name of the husband’s sister that he never knew about until he received this letter. His sister had been born with down syndrome and was left by his parents to be taken care of at the hospital. The information hit Marj with a shock comparable to lighting. Not only understanding what had been bothering her husband, but it reminded her of when, what she feels like, abandoning her own child.

Marj had become pregnant at the age of sixteen. Still being in school and very young, she ended up deciding to get an abortion. The weight of feeling like she killed her own child weighing heavy on her heart for most of her life. As she paced around the house in emotional turmoil, she kept on thinking about how she abandoned her child just like her husband’s two parents did. It was only her sympathy for her husband’s situation which finally allowed her to calm down. Quickly going to comfort her husband, all she could muster was, “I’m so sorry… There was a letter on the table and I couldn’t help myself and… I’m so sorry”. Comforting each other as the waves of sadness flowed, with crests and troughs.

Marj, having to experience pregnancy and loss of a child at a very young age, had poor mental health throughout her young adulthood. Hitting her so hard because she was a happily adopted child given a chance at life, she ended up gaining many bad habits and needing to see therapists in order to cope with it.  Marj eventually had two wonderful and energetic surrogate children. Having forgiven her past self and now fully focused on raising the two children present before her. But she will never be able to fully forget the child that could have had a chance.