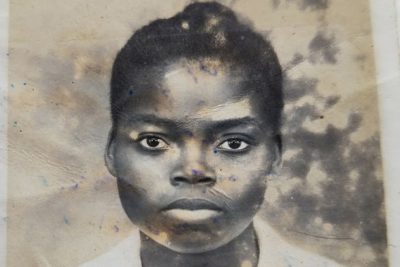 She silently waited for her passport at the citizenship agency in Jamaica, so she decided to people watch. Olive always loved people because she can make her mind about anyone, and it's no one's business. There was one person there at caught her attention, not because of how she looked, but what she was doing. there is a fee you need to pay, but this woman seem to have no idea of this key component to gaining a passport.

She refused to leave the place, and told the clerk "lemme see your manager" in heavy patois. The man told her clearly "You can take it up to the governor and see what he tells you." She Storms out the room, and tries not to make too much of a scene, but it's already too late. When see say that she realizes that if you just miss one aspect, make one mistake, and it can all come falling down. It had taken her weeks to make this payment so she can find herself out of this small island. She has all of her paper work for the agency and goes through the simple boiler plate bureaucratese that many counties are built upon. All that needed to be taken was her picture. She wanted to smile in her picture, but the photographer bluntly told her "No smiling," so she reluctantly looked into the camera with cold eyes.

After the picture, they said it'll take a few days for it to get processed, and for each day, her anticipation to leave her home started to grow. She wanted to break the chains of poverty and find a better place on the other side of the ocean, in America.