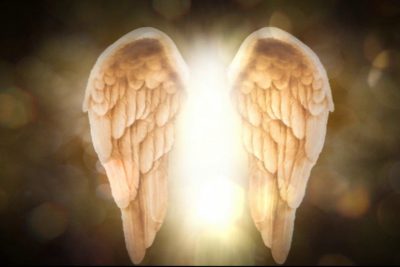 If provided the opportunity, Anasia would relive every moment she spent with her older brother, Kendall. He passed away last summer leaving her feeling  stripped of a genuine relationship.

March of 2017 marked two months that their great grandmother, the woman who raised them, had passed away, and the month that Anasia discovered Kendall was  diagnosed with lung cancer. Growing through  a difficult time at home, this news brought her to her knees. Her and Kendall released tears of sadness as they hugged one another. Denial was upon her. Concluding this heart felt moment, Kendall prepared to leave the country since he worked as a flight attendant. Two weeks later, while on a flight, Kendall collapsed and was hospitalized. That occurrence  forced him to inform the rest of his family that he had lung cancer.

After a year of being medicated, dieting,  and emergency surgeries, Kendall finally decided to try chemotherapy. Anasia assisted Kendall in preparing for his surgery. Overpowered with nervousness and anxiety, and unsure of what to expect, Anasia stayed home. When Kendall returned home, he was weak, childlike, frail and lethargic. As Anasia tucked him in to bed, Kendall gave her a rose and stated I was thinking of you. She smiled from ear to ear, and for a spilt second, they both felt a relief. She sat at his bedside until he was sound asleep. That was the first of many significant moments.

Kendall slowly thinned out and became weaker with each chemotherapy session. No matter how weak he was, he ensured that he returned home with  a rose for Anasia. Expressing his need for her support, she finally decided to attend the treatment sessions with him. When they arrived at Overlook Medical Center, all of the nurses greeted Kendall with smiles and laughed at all of his  jokes. Before Anasia  could could fix her face to  introduce herself, the nurses shared  that they had already knew so much about her. While the nurses stepped off to speak privately, Anasia noticed fatigue consuming Kendall, along with how  uncomfortable he was becoming. Her remedy was to smother him with hugs, and sit with him to provide a place to rest his head.

As they consoled one another,  thoughts raced through their minds. They unclenched their shoulders, closed their eyes, and let their thoughts consume them. Anasia assumed Kendall was simply grateful for her presence and finally tagging along to keep him company and comfort him. While she on the other hand, thought about the never ending love that she has for her brother. She prayed over him. Then wished that her brother  was a baby, her baby, so that he would become hers and so that she could hold him and take care of him forever and stop help to alleviate his pain and suffering.  She wished that they could start over.