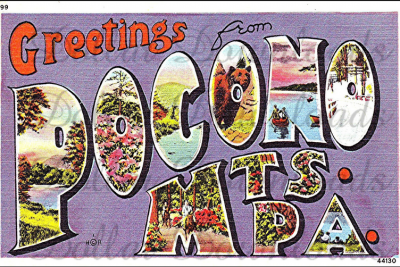 This week we’re celebrating the graduation of our Junior Memory Collectors!

IN HER OWN WORDS:

The very last event I went to was with the Philadelphia Alzheimer’s Association- a small group of about 5 people with whom we had all bonded over the handful of times we had worked with them. We’d heard incredible stories from all of them, and really gotten to know their stories. When they were bantering and joking around like usual, it seemed so strange that they would go on like this, but I wouldn’t be there to work with them. It was a somewhat emotional moment.

After six months I could really see that what we were doing was often helpful and therapeutic- both for us and for the people we worked with. Working with the families of the members of the New Jersey Alzheimer’s association was particularly touching. It was great that their families went out of their way to gather together pictures that would help tell their story. I worked with a woman named Karen and her husband Charlie. I had worked with Karen before and she had already given me some great stories. But with Charlie, I got to know more details that she wasn’t able to share with me. I also feel like telling me about their two daughters, who they were very proud of, was a bonding experience for the two of them.

It really felt like a celebration. Another man, named Billy, brought in his vast collection of plane memorabilia that he used to sell to show to everyone. There was food, and coffee and lots of laughter. I was particularly touched by one man’s daughter asking for the SBYF website so that she could sit down with the kids of the family on Easter and make post cards. It was great to know that people would think about what we were doing in the future, and that our project could branch out and touch even more lives.

I found myself particularly touched by one woman named Anna  who I spoke to at a retirement home in center city Philadelphia. She told me about her husband, who she met on a boat from Italy. Even decades after it happened, she still spoke about their first meeting with such pure joy that it was incredibly inspiring. I found that to be one of the most rewarding aspects of working with the Spaces Between Your Fingers Project: Being able to see the palpable joy on someone’s face when they tell you bout a memory that is particularly important to them.

I learned, over my six months talking to people from all walks of life, how emotional sharing one’s memories can be. Even if a memory is happy, our memories are what make up who we are, and I felt incredibly privileged to have so many people share such an important part of themselves with me. Sometimes it felt like a lot of responsibility to have people share such personal stuff with me. I felt like I wasn’t quite equipped enough to deal with it- I’m just a college student after all, and the only training I had with this sort of thing was jumping right into it. But I was pleasantly surprised by how I could be a source of comfort just by listening.

SOME OF HER WORK 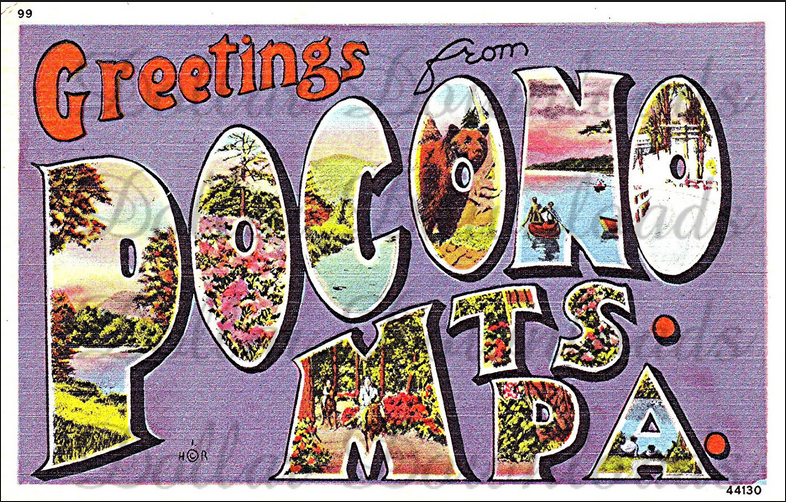 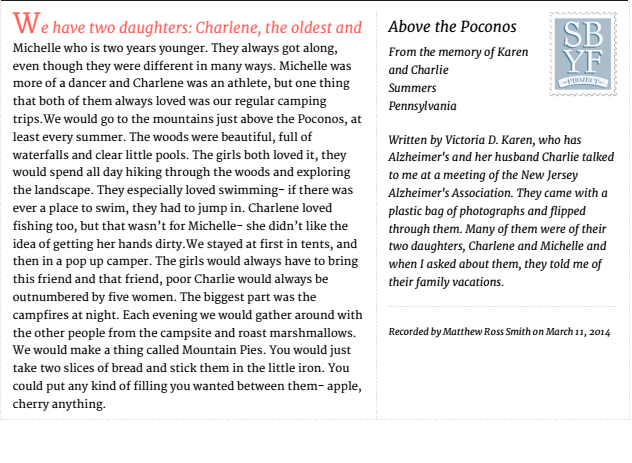 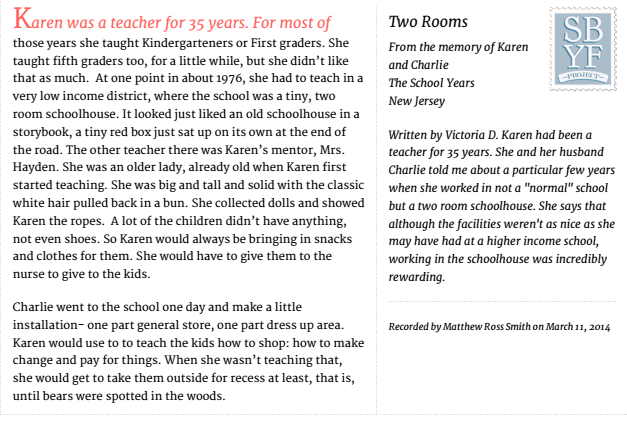